People of Marquette [ The Story of Barrel + Beam ] 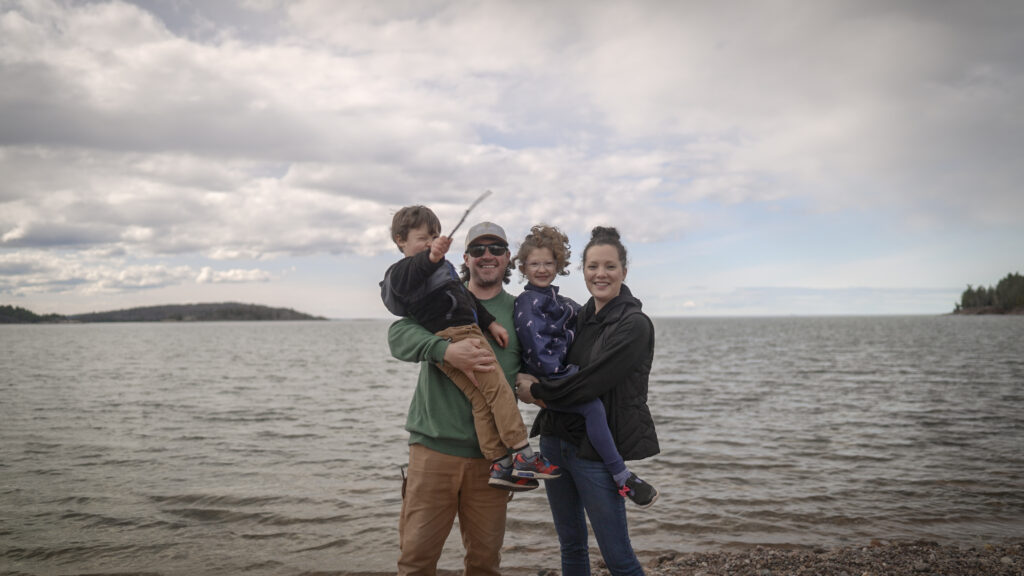 Standing proudly among our already impactful community of local business owners & entrepreneurs, Nick VanCourt and Marina Dupler wield that familiar, grounded attachment to our northern territory through their endeavors with Barrel + Beam. Already well into their fourth year of operations as a brewery, Nick & Marina have lent a humble ferocity to their conjoined entrepreneurship that’s not only given rise to their business’ success here in Marquette, but has also had a positive impact on the coming generations of entrepreneurs throughout the entire Upper Peninsula. Their dedicated, approachable standards for their day-to-day are impressionable, to say the least, and the thought, care & precision with which they use to engage with our local community is something that’s truly incredible to see. Having recently sat down with us to reflect on just what made the Marquette area such an attractive hub for their entrepreneurial ambition, but more importantly, where their uninterrupted daily inspiration comes from, Nick and Marina have given us a glimpse into what exactly fuels the growing entrepreneurial movement currently happening here in Marquette. Thankful for the opportunity to see some of their enthusiasm first-hand, we hope you’ll enjoy learning all about Barrel + Beam, and its founders, Nick & Marina.

Both natives of Menominee County, Nick & Marina first met early on while attending Northern Michigan University. Following graduation, they took some time to explore their careers in Madison, Wisconsin. “We had a great time in Madison”, they recalled – moments before adding in some of that familiar Yooper favoritism for the outdoors – “[it’s] a great place, [we] used to catch brown trout 20 minutes outside of town”. While they did enjoy their time in that particularly busy corner of the midwest, the two steadily began to miss some of the more unique aspects of the Marquette region: “we missed the sound of the water… the beaches and the easy access to the outdoors that we didn’t have in Madison”.

During that time away, Nick was busy exploring a developing passion for brewing beer. What neither of them could have predicted, however, was that Nick’s fondness for the craft would quickly manifest into an unexpected opportunity for professional work back in the Marquette area. The couple’s looming attachments to the U.P. always seemed to guarantee a return northwards, but when leaping at this chance to get back…well let’s just say it was much sooner than either of them initially anticipated. Not wanting to miss out on any of what the Marquette area had to offer, they journeyed back north and set to work building out their vision for an ideal life.

Along the way, Nick’s skills and passions for his work seemed to be growing right alongside the excitement around town for the budding craft brewing industry. And so, as you can probably guess, Nick and Marina would come to harness that passion into a more personal vision for the Marquette scene. Their ambitious energy came to a wonderful, chaotic height when in 2017 they finalized concepts for the brewery, closed on a property for the business, and welcomed the second of their two children. After some time renovating the space, Barrel + Beam officially opened their doors in early 2018. 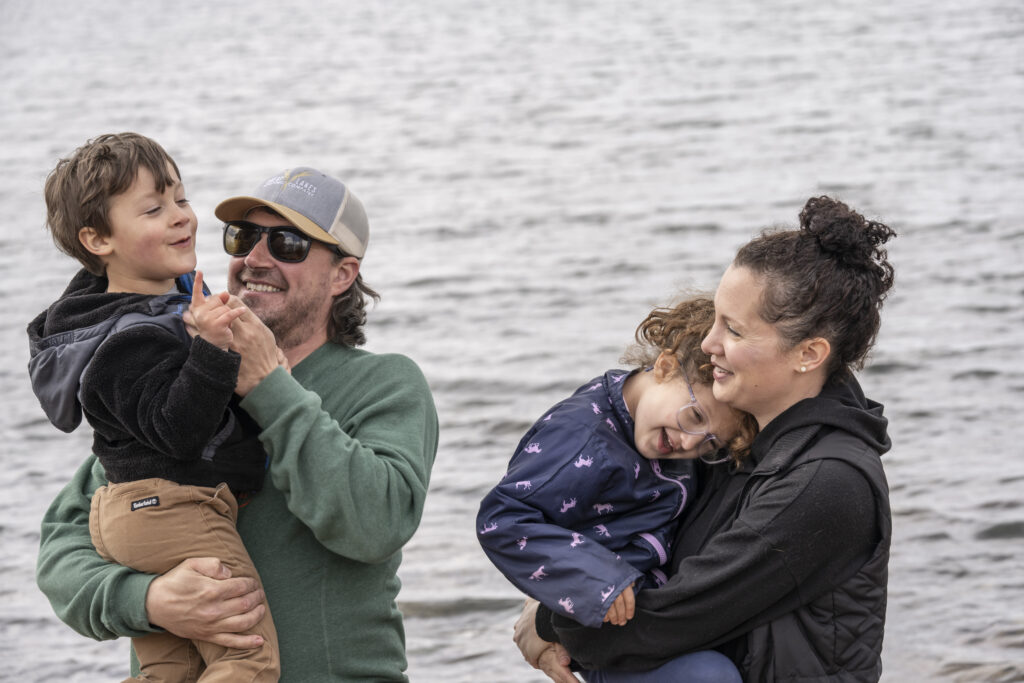 History of the Northwoods

One thing that’s exceptional about Marquette, is the community’s grounded efforts to pay homage to the buildings, spaces & business that have had long withstanding impacts on the area. Eminating from the historical downtown stretch, there are notable, continuous efforts to keep the town’s essence both in-tact & respected. Nick & Marina expertly wield those very same ideals within Barrel + Beam, even today, by allowing inspiration from The Northwoods Supper Club, the building’s founders, to continuously shape their larger vision for the brewery. The preexisting restaurant serviced the greater U.P. for over 70 years before closing its doors back in 2007. Northwoods was responsible for not just a few memorable meals, but also had a reputation for social gatherings, weddings, dances, events and the like. With important community history felt throughout every inch of the building (and its numerous additions), all the while joking that a complete rebuild of the space may have been easier at times, the couple felt it of the utmost importance to keep as many elements of that history as vibrant and alive as possible.

What’s unique about the space, is that there’s massive amounts of potential for expansion, something Nick is particularly excited by. The original restaurant was so massive, that Barrel + Beam only currently needs about half the space for its day-to-day operations. During a private tour of the rest of the building and outdoor spaces, Nick talked enthusiastically about a grander Barrel + Beam vision, which we certainly won’t be spoiling for you here, but if the ongoing success of Barrel + Beam can say anything about it, well… let’s just say we wouldn’t discourage any excitement.

The Birth of Barrel + Beam

The brewery not only has immense respect for its spaces, but also for the greater state of Michigan. Like any entrepreneurial vision, Barrel + Beam holds its founder’s ideals and influences very close to heart. “I used to work on a neighbor’s farm”, Nick had to say about his upbringing, and that his inspiration for the farmhouse & barrel-aged beer that they specialize in are primarily influenced by those early experiences. “I fell in love with farming [and] being a part of the natural world and interacting with it… it solidified a love for agriculture and the outdoors”, Nick had to say just before proudly emphasizing the fact that Barrel + Beam is a Michigan-sourced brewery. He went on to say that there is “no brewery without passion”, and credits much of the continued work & development within Barrel + Beam to the daily excitement that’s, evidently to us, tapped into every single day.

While Nick is responsible for the actual brewing process within Barrel + Beam, Marina takes on a very specific role within the business as well. Also expertly juggling a remote marketing job, Marina calls her day-to-day involvement with Barrel + Beam a “side-hustle” which we found to be, respectfully, far too humble. Marina handles all of the email, marketing, social media, events management, branding, special occasions and more within Barrel + Beam, which shines a light on just how impactful the collaborative relationship between the couple has been for the brewery. “There’s a work-life balance that comes with it”, Marina also had to say, giving us a glimpse at just how closely they hold the importance of those values in their busy lives. Notably, the couple had a great deal to say about the community’s involvement with the foundations of the brewery, saying “how encouraging everyone was” when they were in the early stages of starting the business. “The bankers believed in us before we even believed in ourselves…people were excited, and cheering… the community support will be here in Marquette no matter what, we’re really blessed”.

Echoing some familiar U.P. standards, Nick & Marina are both avid believers in work-life balance. They believe in maintaining a healthy connection with nature, as well as with the community that surrounds them. Sustainability is undoubtedly at the core of what they do, both with the work that they enjoy and with ensuring they can enjoy the life they’re building for their family. Taking a moment to reflect once more on their city experience in Madison, they’re very pleased with how they’ve been cultivating their lives here in Marquette – “[we] don’t want to spend time driving on a commute, [we] want to spend time with each other”.

Marina’s also wondrously connected to Lake Superior, joking that although she hasn’t spent much time in the water, she’s always felt connected to the great lake and wants her family to be able to share in that connection with her. Commenting on how frequently they take their two children out for family adventures, they say “when you’re raising a family, time means everything. We’re blessed with accessibility. School and daycare are a block away…but the easy access to activity makes things really great. Everything is so at your fingertips in Marquette – the outdoors, the indoors, the water…it takes five minutes to be out there, you don’t have to spend time getting out to the outdoors…Marquette has the best of all worlds…friendly, great schools [and] safe extra curricular activities.”

Their community is also extraordinarily close to heart for the pair, saying they felt “really connected with the community while moving here” and that it was “easy to make friends.” They make it an active effort “supporting a community of exciting people & new ideas”, because as they themselves know, Marquette has quite a lot to offer. “There’s lots of opportunity here for your ideas”, Nick had to say, taking care to remind us that “people are passionate about things. People can move to Marquette and do things”.

“The perfect beer is a Saison”, Nick excitedly injected while describing all of the elements of his perfect beer…“it’s the best of everything”

If you’d like to harness some of that excitement for yourself, you can surely find it within Barrel + Beam, located westwards on Northwoods Road in Marquette. Recently rotating some ciders into their tap system, as well as offering a selection of wines, outdoor seating and just being darned good people to hang out with…there’s truly something for everyone to enjoy in their spacious, welcoming establishment. Embodying some of that important Northwoods Supper Club history, Barrel + Beam is also a great venue for social events, receptions and the like. If you’re not close enough to wander on in for an on-tap taste, you can find Barrel + Beam brews distributed throughout the midwestern region. Any additional information can be found on their website. 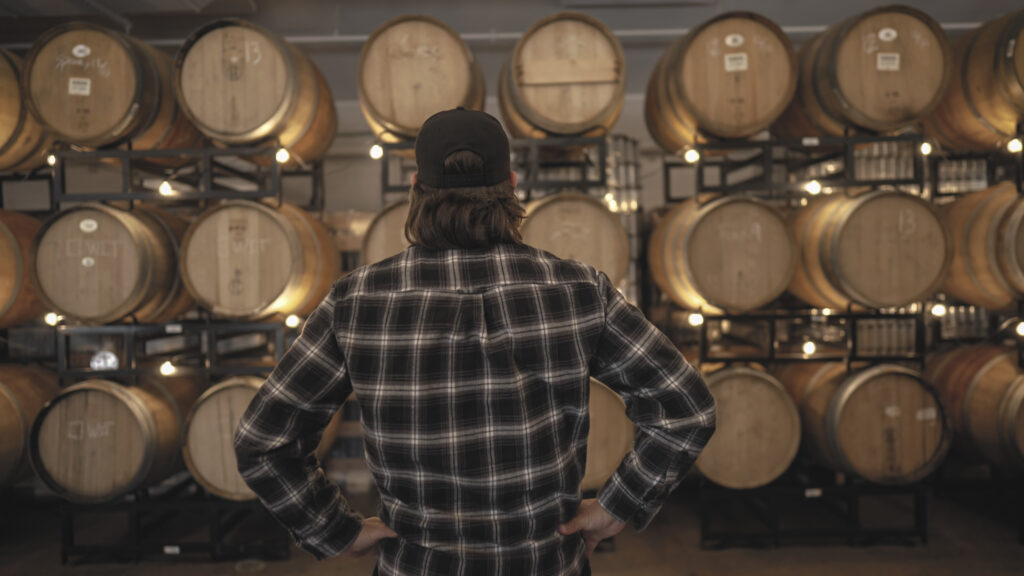